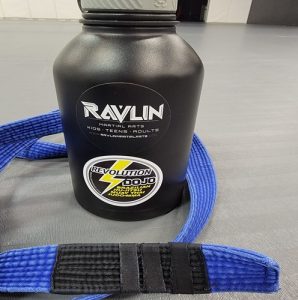 And then there were three. I was in shock at last promotion. I had received a stripe the previous promotion. I did not want a stripe this promotion. I still have huge self-doubt in this mentally and physically demanding sport. Over 5 years in BJJ and I am very keen on what I don’t know. BJJ is awesome as there is no faking it on the mats. A lot of times I am rolling with guys half my age. As these guys gain more knowledge it is so difficult for me to submit them. However, I just keep showing up and trying my best. My main focus is to be an example to the new people and for me to represent Professor @angelusmcfarlane in everything I do in BJJ. My main priority is my family. My dental practice is second. Jiu Jitsu is my hobby. I’m not going to be a World Champion. Nevertheless, I will be a Black Belt one day. It’s just going to take me a lot longer to get there than most.

The friendships I have gained through BJJ are so very special. There is a very special bond between teammates. The shared experiences on the mats (defeat, discomfort, pain, sweat, tears, triumph, successes) is an incredible unifier.

I still feel like a blue belt imposter sometimes. However, I must trust my Professor’s judgment. I know my Professor and his lineage. Professor Angelus received his Black Belt from Brazilian Legend Jorge Patino “Macaco”. Our school does not give stripes/belts for attendance or just for paying dues. Everything is earned.