Next month is going to be my 5 year anniversary in this incredibly mentally and physically difficult sport.

I started BJJ at age 40 to have a consistent workout. The camaraderie and friendships I have gained is amazing. I am just a hobbyist. I hate competing and have only done 3 comps in 5 years. But I am stubborn and want to get better. I hope I can stay relatively injury free and one day I’ll get my black belt. I’m only praying that at a certain geriatric age the Macaco Samurai Black Belt test beat down is waived.

For all the new people in the gym, I make sure to tell them that all they have to do is keep showing up and have a positive attitude. I tell them they are already ahead of me because my first time to BJJ I sat in the car and did not enter the gym because I was too afraid.
Charlton and I were the only blue belts to test this weekend. Charlton has zoomed by me in BJJ skill. At one time I out ranked him. But being young, extremely ripped and married to an Australian PhD Purple Belt has accelerated his BJJ game.

I think only those people that do BJJ understand how special that piece of tape is and at the same time how unimportant it is. 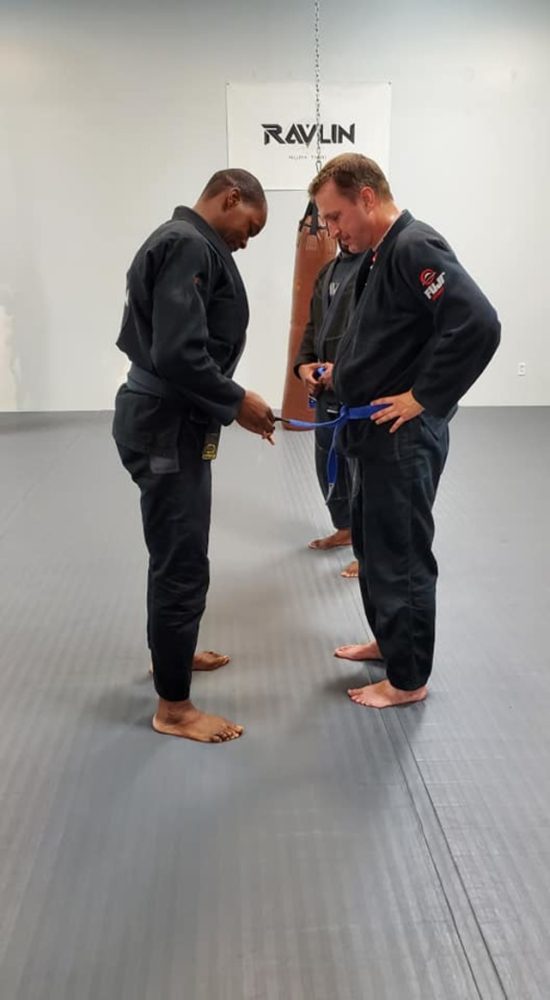